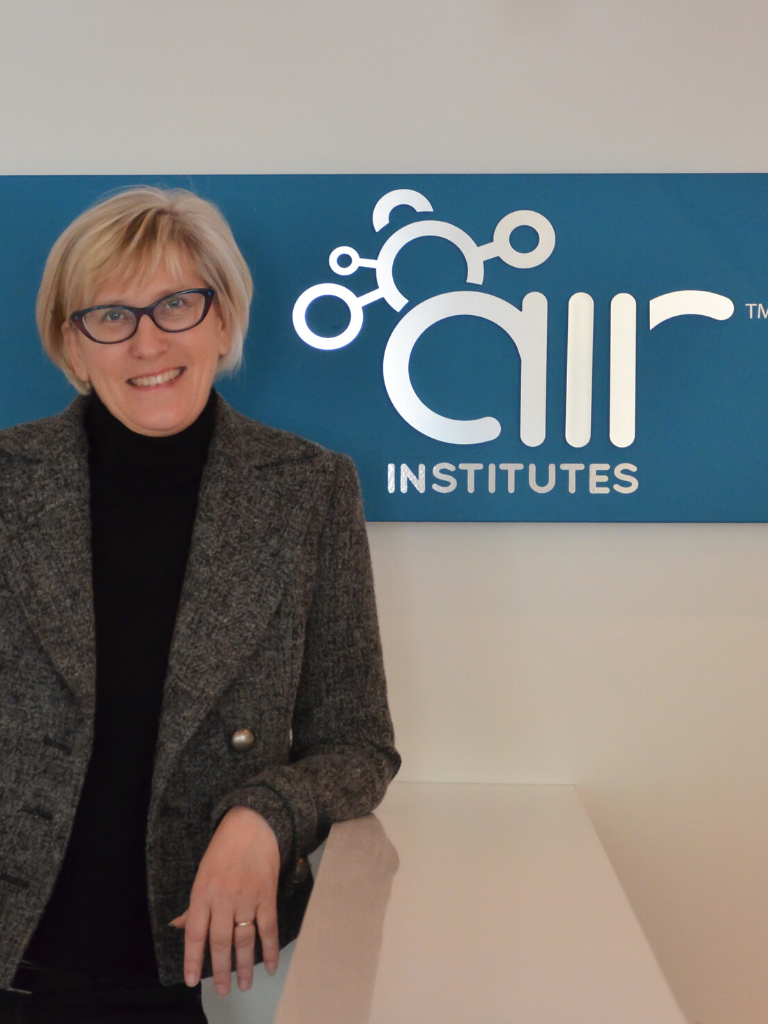 Dr. Kinley is a Psychiatrist, Associate Professor (Dalhousie University), and Honorary Fellow of the Canadian Association for Group Therapy, Training and Facilitation and a Fellow of the Canadian Psychiatric Association. Her expertise in psychiatry and research in the neuroscience of Resilience was the inspiration behind Air-Institutes, which delivers programs to enhance mental fitness, performance and resilience.

Jackie has provided resilience assessment, coaching and training to corporate clients such as Emera, Air Canada and Stewart McKelvey, as well as to professional associations such as the National Judicial Institute and Doctors Nova Scotia. She has worked with the different departments in the public sector including Health Canada and the NS provincial Public Service Commission. She has providing resilience training for new recruits and the peer support team at Halifax Regional Fire Department and partnered with non-profits that include the Canadian Mental Health Association, NS Division as well as the YMCA,

Dr. Kinley has published many research articles on the neurobiology of resilience, presents internationally on the subject of personal and organizational resilience, and has had multiple media appearances on CBC, CTV and been featured in popular magazines including Atlantic Canada Business Journal and Optimzye, a national women’s health periodical.